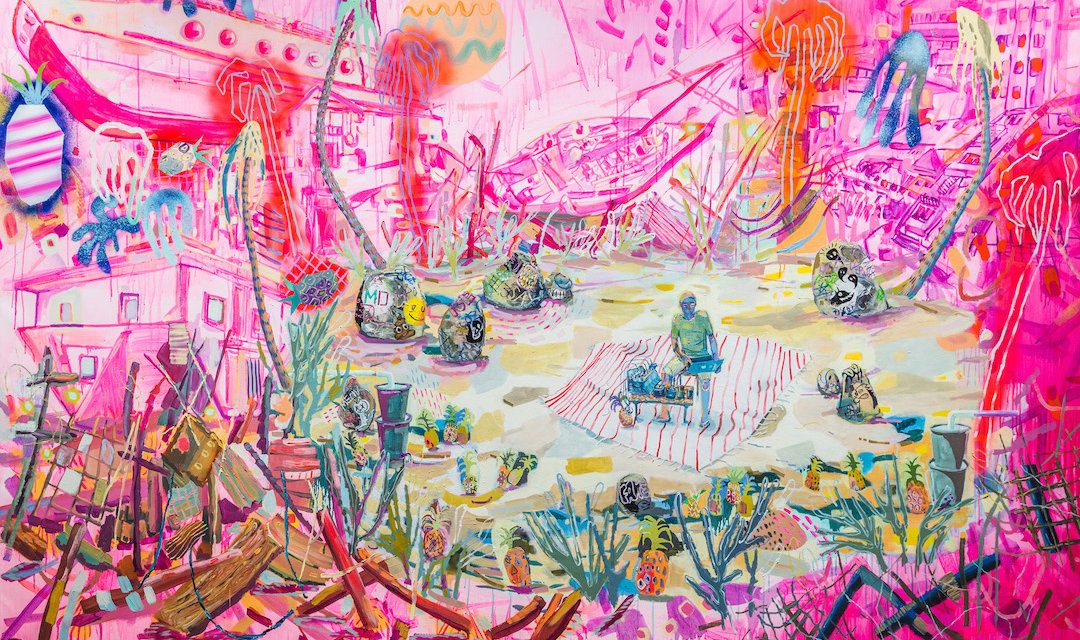 Okanagan audiences can enter new psychedelic worlds this winter thanks to Kelowna-based artist Melanie Daniel, whose solo exhibition entitled Goin’ Where the Climate Suits My Clothes is on display at the Kelowna Art Gallery.

Daniel will present a virtual tour of and talk of the exhibition via Zoom on December 3, at 6 pm. The event is free, however, registration is required at kelownaartgallery.com.

Visitors will encounter large-scale canvases, works on paper, papier-mâché sculptures, and stop-motion animation that delve into our uneasy relationship with the planet. Daniel imagines an environment on the brink of collapse from our chronic, longstanding disregard for its wellbeing. The characters who populate her psychedelic worlds seem to be painfully aware of their difficult circumstances and have adopted various methods to cope with their altered surroundings.

In the artwork Only Four Degrees (see above), a lone figure sits within a post-catastrophic landscape amidst a cacophony of objects and attempts to create a power source — perhaps in an effort to contact others. At first glance, the electric pink painting appears whimsical, but upon closer inspection, it asserts itself as a more sobering snapshot. Daniel’s bold and strangely beautiful works are cautionary, yet hopeful, in that their protagonists demonstrate the will to adapt and survive. Visitors will also find plenty of humour (albeit some of it dark) in the large canvases and more intimate works on paper.

Tucked away in a recess of the exhibition space, guests will discover a stop-motion video. The artist invited the sixth-grade class at South Kelowna Elementary School to join her in a collaborative project and hoped it would “include the voice of this generation, drawing kids and their families into the discussion about our climate emergency.” Power Up Pineapple is the resulting animation, or tableau vivant (living picture), which illustrates the events leading up to the post-hurricane scene depicted in Only Four Degrees.

Daniel’s new solo show presents art enthusiasts with much to explore and leaves plenty of room for a spirited dialogue.

Melanie Daniel was born in Victoria, BC. She completed her MFA at Bezalel Academy, Israel, where she later became a professor. She was recently the Padnos Distinguished Artist-in-Residence at Grand Valley State University, Michigan. Daniel’s works are internationally exhibited including solo shows at the Tel Aviv Museum, Asya Geisberg Gallery, New York, and Mindy Solomon Gallery, Miami.

Goin’ Where the Climate Suits My Clothes runs from November 14 until April 4, 2021.

The Kelowna Art Gallery is located at 1315 Water Street in the heart of the downtown Cultural District. For more information, please visit them online at www.kelownaartgallery.com or call 250-762-2226. 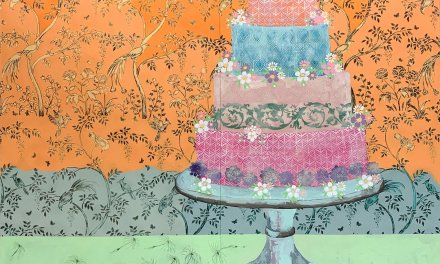 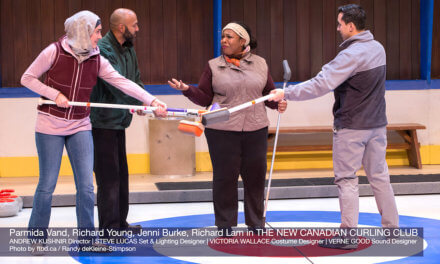 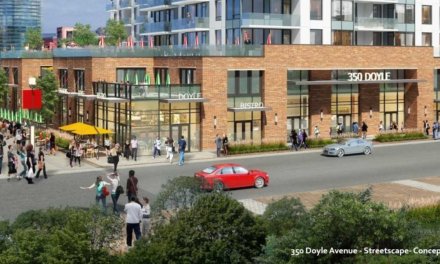 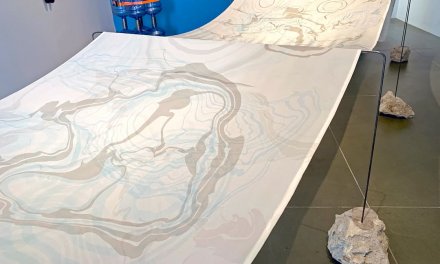